**CLOSED – for information only**

Judge of the Royal Court

The Royal Court is seeking to appoint a Judge of the Royal Court to replace Judge Russell Finch OBE who retired in February 2020. The role is being advertised in the UK as well as Guernsey.

In some Royal Court cases, the Judge sits alone; in others, he or she is supported by a number of Jurats. When Jurats are present, the Judge makes decisions on matters of law and the Jurats decide on the facts.

The Magistrate’s Court deals with criminal cases where the offence has a maximum sentence of two years and civil cases where the sum involved is less than £10,000. The work is shared between the two Magistrates – Judge Graeme McKerrell and Judge Gary Perry – and the Judge of the Royal Court, when required.

Judge Cherry McMillen retired as a Magistrate in 2019, although she still serves as a Lieutenant Bailiff in the Royal Court and a Deputy Judge in the Magistrate’s Court.

Candidates will be interviewed by a panel of senior members of the judiciary in Guernsey. The panel composition has not yet been decided but for the recent appointment of a new Magistrate the panel comprised the Bailiff, the Deputy Bailiff, the Judge of the Royal Court and Jurats B J Bartie and S M Jones OBE. 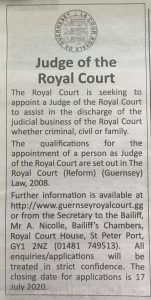 Training will be provided, as required.

This a full-time, salaried position, which may be filled by one person or possibly shared between two people working part-time. The retirement age is intended to be 68 but this could be extended to 70 or reduced to 65 by negotiation. Salary will be set in reference to the Guernsey civil service payscale.

Further information about the role, the criteria and the Court is here. To discuss the position, contact Adrian Nicolle, Secretary to the Bailiff, on 01481 749513 or adrian.nicolle@gov.gg. 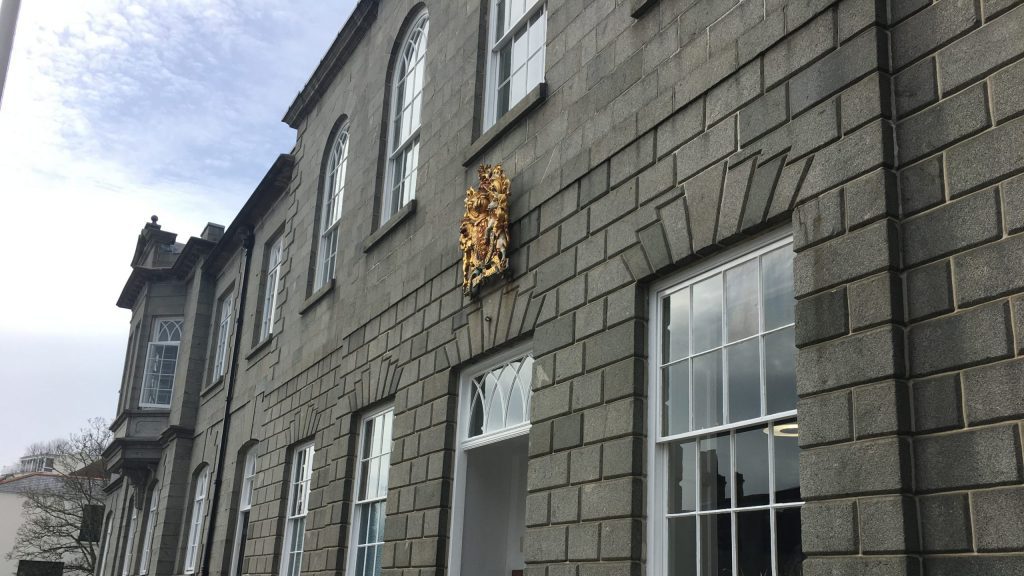