On Wednesday 4th November, in Douzaine Rooms across the Island, extra chairs were brought out for packed-out parish meetings. The results of the elections held on the night are listed below.

[St Martin’s and St Peter Port are not shown because they voted to defer their elections until Wednesday 18th November when polling stations will be set up. Research the candidates and find out where to vote here: Voter Information ‘Hub’.]

The most dramatic story of the night came from St Sampson’s. After an exciting 12-candidate Douzenier contest that had to go to two recounts and a tiebreak, Julie Creed, Kim Abbotts and Jennifer Marquand were all elected, alongside existing Douzenier Dave Hugo. Kay Bienvenu missed out by two votes. 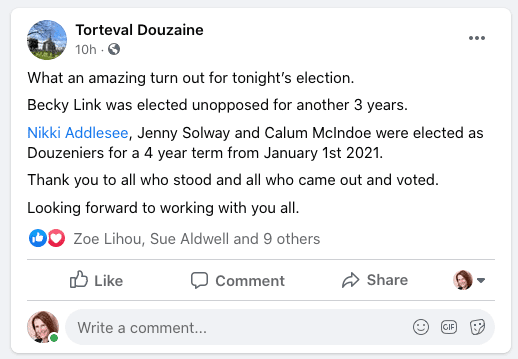 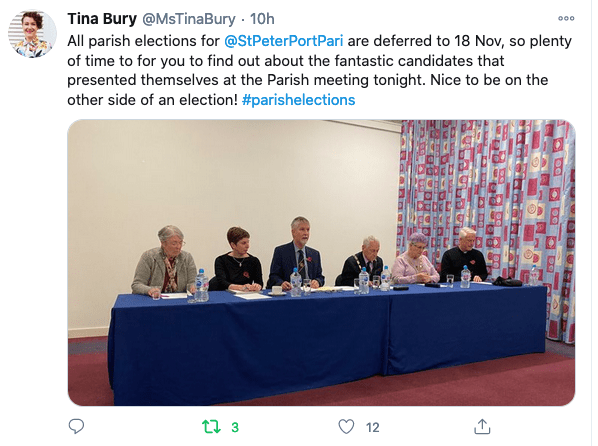 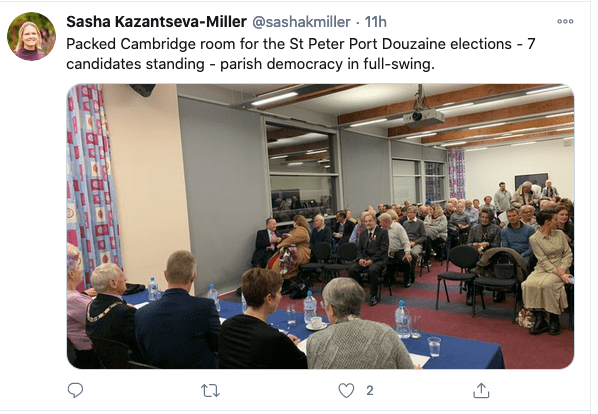 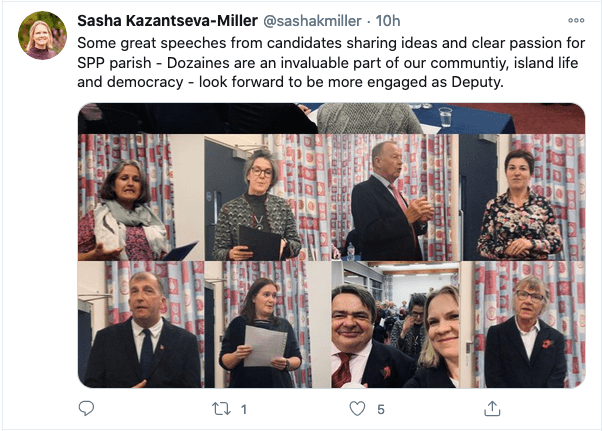 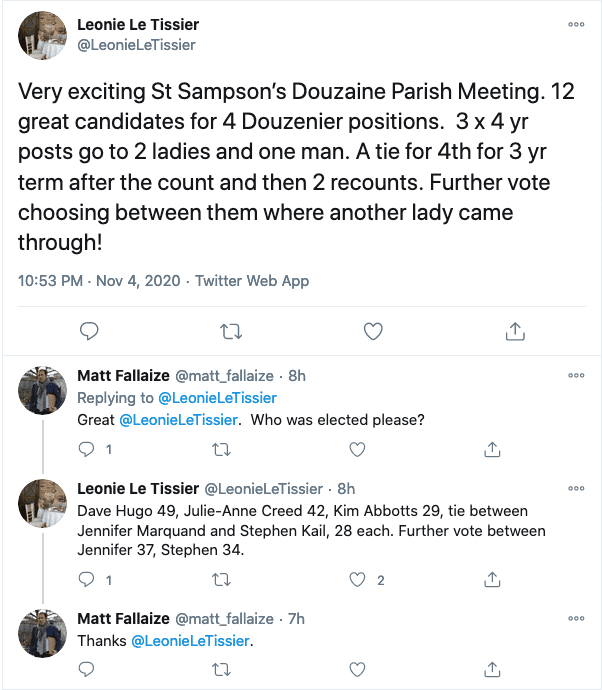 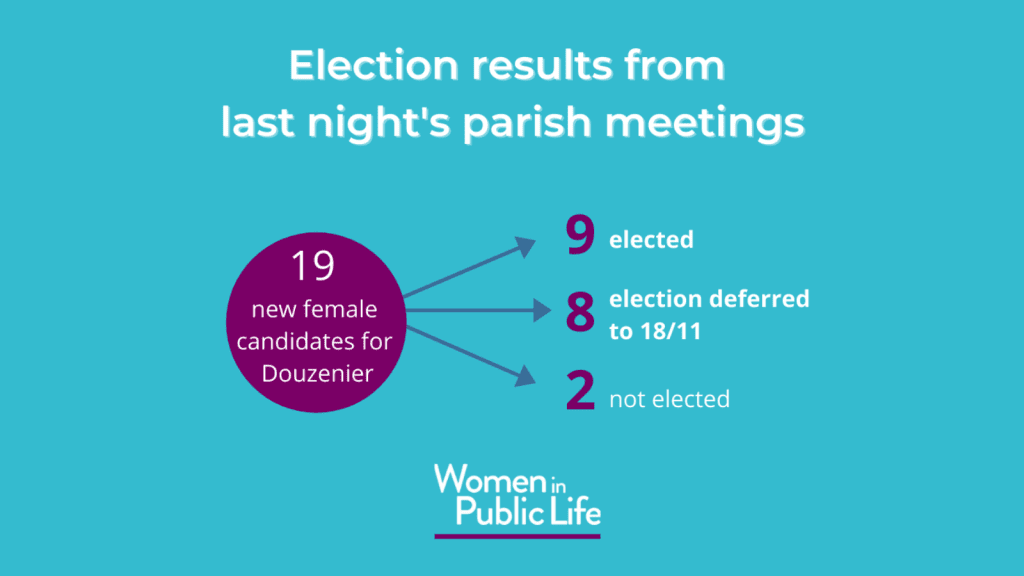