The names of all of the candidates who are standing in the parish elections were announced in the Gazette Officielle on 28, 29 and 30 October.

Check the Guernsey Press for those dates or look at the notices online to see who has put themselves forward in your parish.

We’ve had a good look, crunched the numbers compared with the last two years and here are our headlines:

Last year was a record-breaking year for new candidates for Douzenier. Unusually, in 2020 the parish elections followed straight after the general election and that, combined with increased publicity from both the parishes and Women in Public Life, led to 19 new women and 16 new men standing.

This year there’s been a big drop, particularly amongst women. Just 8 new women and 13 new men are standing. However, 2021’s tally is still higher than 2019 when 5 new women and 8 new men stood. Read our media statement 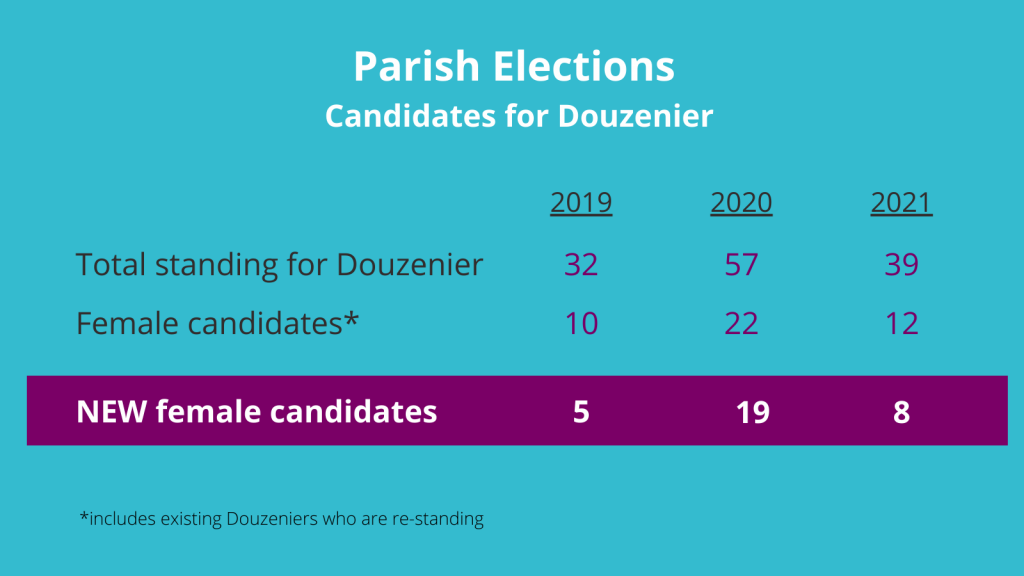 In most parishes there are the same number of candidates as seats. That means there doesn’t need to be an election, the candidates are simply appointed to the roles they have stood for. Only three elections have more candidates than seats – St Martin’s Douzeniers, St. Peter Port Douzeniers and St Peter Port School Committee (Amherst/Vauvert).

There are three new Constables this year, all standing uncontested. Two of them are women – Leonie Le Tissier in St Sampson and Jane Niles in the Forest. As there are only 20 Constables all together, that means that the percentage of women Constables has jumped from 20% to 30%.

Six new women Douzeniers are certain to be elected, with two more possible

Three of the female candidates for Douzenier are standing in uncontested elections and are therefore guaranteed to be successful – Jo May in Castel, Sophie Roughsedge in St Saviour and Anne Setters in the Vale. Five further women are standing in the contested elections – Dianne Mitchell, Evita Bormane and Charlotte Long in St Peter Port and Charlotte (Charlie) Le Tissier and Cynthia Cormack in St Martin. At least three of them are guaranteed to get in (we just don’t know which three yet!).

St Martin is the parish with the lowest number of women around the Douzaine table currently, with just one female Douzenier. Two new women are standing for election – Charlotte (Charlie) Le Tissier and Cynthia Cormack – and at least one of them will be elected (there are four candidates for three seats).

Four female Douzeniers have stepped down this year

Mary Collins (St Martin) and Linda Norman (St Saviour) left the parish during the year and therefore had to resign. Christine Goodlass and Danielle Sebire stepped down in St Peter Port.

If you live in St Peter Port or St Martin your election is contested so it’s particularly important that you vote. Find out how by reading our Voter Guide to the Parish Elections.

Whether your parish election is contested or not, you can still go along to your parish meeting on Wednesday 3 November to get to know your new parish officials. The times and locations of the meetings are on the nomination notices.

“Guernsey’s Douzaines are democracy at the grassroots level, making sure our local areas are safe, tidy and well-run. So while everyone who has put themselves forward in this year’s elections is to be thanked and applauded, it’s disappointing to see so few contested elections, they’re an important part of the democratic process.

“We’re really pleased to see two new female Constables in St Sampson’s and the Forest, which will take the proportion of women Constables from 20% to 30% in one jump. However, the number of new women standing for Douzenier has fallen substantially from 19 last year to eight this year – although eight is still more than the five who stood in 2019.

“Our activities to promote the elections, and the number of women we’ve supported as they’ve considered becoming a candidate, have been the same this year as last year. The parishes have actually increased their marketing with more drop-ins, banners and ads on social media. So it seems the key difference is that last year’s election was held just after the general election. All that communication about Guernsey’s first island-wide election stirred up interest in the parish elections too.

“Parishes are currently compelled by law to advertise their elections in the Gazette Officielle. That’s costly and not in keeping with modern methods of reaching and inspiring islanders. The sooner the parishes can be freed from a communications strategy that was set for them by the Reform Law of 1948, the more island-wide marketing they will be able to do and the better Guernsey’s chances of competitive elections will be”. 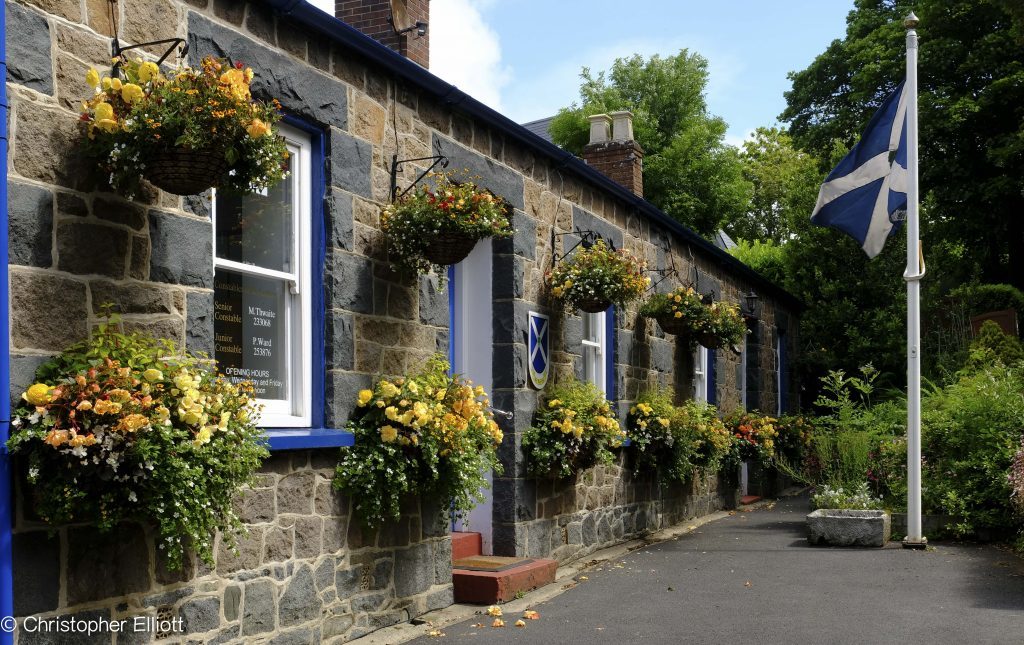