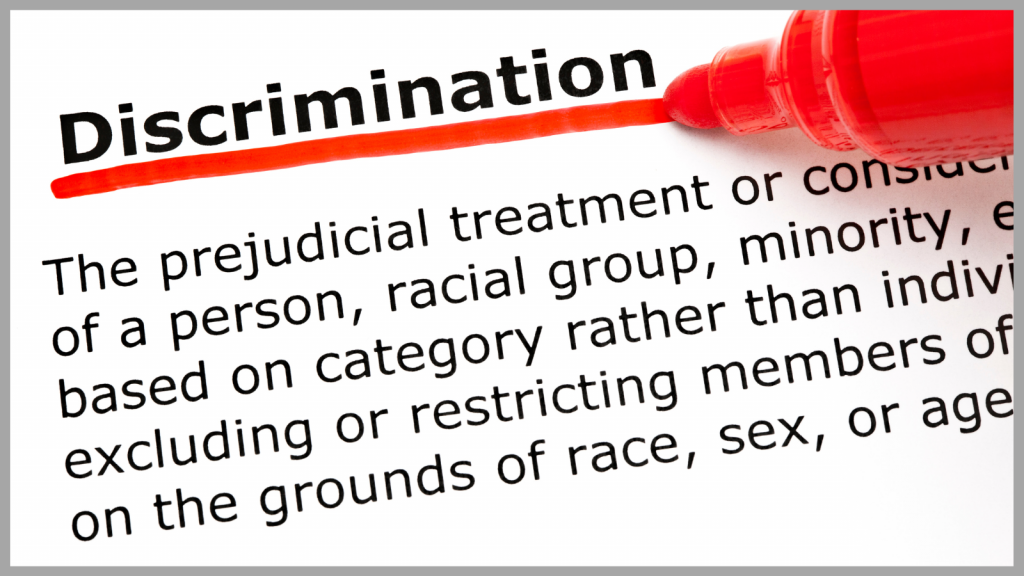 STOP PRESS: The proposed amendments to the legislation have been posted on the States website. They include a proposal to exempt businesses with five employees or fewer from the carer and disability aspects of the legislation. To understand the amendments, read Bailiwick Express’s review.

Guernsey is one of the last places in the world to protect its citizens from discrimination. But at the States meeting starting on 28 September, Deputies are due to sign off the last stage of a long and complex process to bring in anti-discrimination legislation.

Without legislation, people who feel they have been discriminated against have no power to change the way they have been treated – they can try to negotiate but ultimately an employer or service provider can just say no. Legislation – and all the training and awareness-raising that goes with it – brings a more level playing field, making organisations more alert and giving individuals more confidence to speak up.

Assuming The Prevention of Discrimination (Guernsey) Ordinance is approved in September, organisations will have a year to prepare before the implementation of Phase 1 in October 2023. Note that physical changes to buildings will not need to be completed until five years after the introduction of the legislation. Any changes that need to be made to better include disabled islanders will be based on the concept of ‘reasonable adjustment‘ which takes into account the resources of the organisation.

The Committee for Employment and Social Security (ESS) will be encouraging organisations to review their processes and premises in advance to make sure they comply with the law. Guidance and training will be available from Q4 2022 and can be booked on the consortium.gg website.

The best place to start for an overview of the proposed law is gov.gg/discrimination. This page includes the ordinance itself, plus FAQs and myth-busters.

The law in detail

To understand the law in detail, read the policy paper from 2020 that set out the instructions for the law officers to create the ordinance.

You can also watch a recording of the joint briefing from the Guernsey Disability Alliance and the Committee for Employment and Social Security held on 6 September at the Cotils.

The law is the result of extensive consultation with groups representing people at risk of discrimination and business groups. It has not been possible to get agreement on every issue so the Committee for Employment and Social Security has had to weigh up the evidence and take decisions in order to progress. There’s been a lot of compromise.

The G4 group of business organisations (IoD, Chamber, GIBA, CIPD) has declared its support for the legislation.

The most vocal criticisms have come from the Guernsey Political and Economic Group (GPEG).

ESS has written a ‘myth-buster’ document to reassure businesses that they will not, for example, be forced to employ someone who can’t fulfil the requirements of the job.

Chair of the IoD, Wendy Dorey, was interviewed by BBC Guernsey recently saying “We are happy that it is proportionate and also that this concept of reasonable adjustment is in place which makes sure that it is affordable for most businesses… It’s just being able to meet the needs of your employees, maybe in a different way.” Transcript of Wendy’s interview.

Discrimination on the basis of sex

Guernsey already has an ordinance against discrimination on the grounds of sex, gender reassignment and being married. However, it only covers employment – not goods and services. Goods and services will be added in Phase 2 (estimated for implementation in 2024).

At the same time, the current Sex Discrimination in Employment ordinance will be amended so that it matches up with the new ordinance. The main impact is that the financial penalty for sex discrimination is scheduled to increase from three months pay to up to six months pay, plus potentially up to £10,000 for injury to feelings.

Note that positive action is permitted under the new ordinance, so treating an under-represented group differently to promote equality is allowed. The work of Women in Public Life is an example of positive action.

To take part in events celebrating the new legislation, including being on the steps of the States to welcome Deputies on 28 September, follow Equality Guernsey.

This page will be updated as the States meeting approaches.