Congratulations to Jillian Clark (Jill), elected on Wednesday 25 January as Jurat-elect of the Royal Court.

Click on the link below to see Jurat-elect Clark’s biography.

HM Sheriff must relay the Bailiff’s message in person. He will have prepared a list of the likely locations of each candidate. 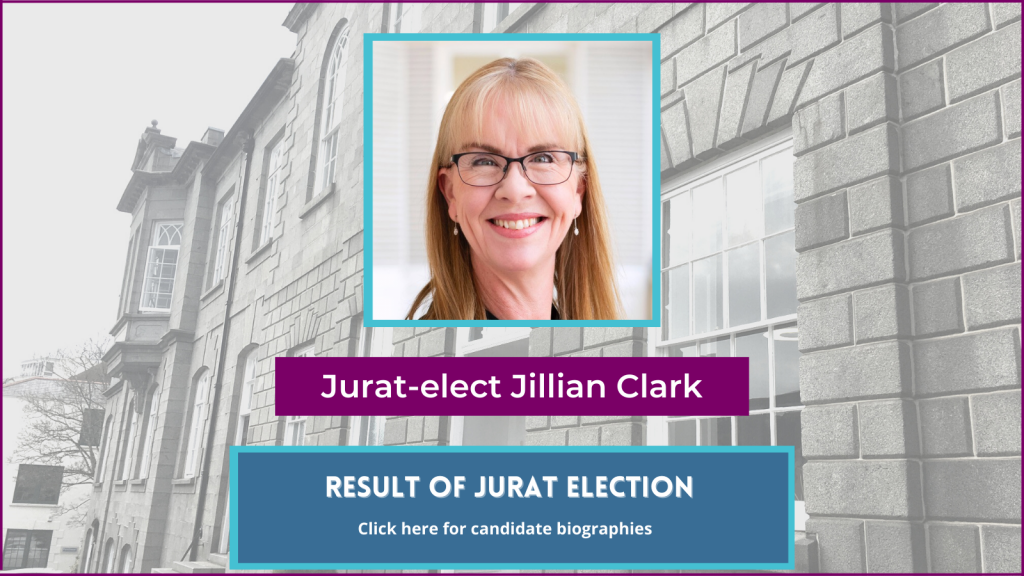